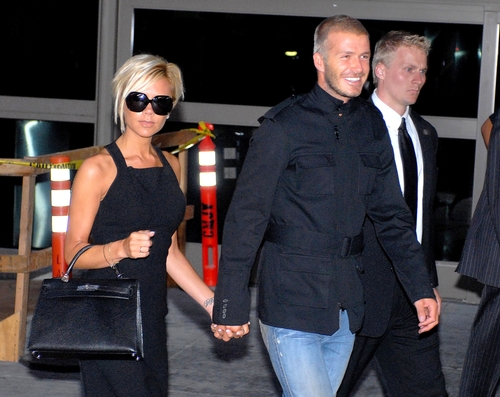 ANTI-FUR advocate Victoria Beckham has a collection of more than 100 crocodile skin handbags.

The former Spice Girls singer, 44, has always vowed her collections will never contain fur and has even asked designer friends to create faux versions of her catwalk favorites. But activists have pointed out her wardrobe is packed with ostrich-skin handbags, alpaca-wool dresses and snakeskin shoes. She reportedly has 100 Hermes bags made from Crocodile skin similar to one that set a record Christie’s when it sold for £162,500.

Now PETA, the animal rights group, who has previously praised Posh’s stance on fur, has said it is less than impressed. It wants her to stop wearing animals and opt for vegan options instead.

‘It’s not fabric and it’s not ours for the taking.”

Posh is not the first celebrity to claim to be anti-fur only to be caught wearing other types of animal skin. Beyoncé, Penelope Cruz, Kelly Osbourne, Eva Mendez, Charlize Theron and Khloe Kardashian have all backed animal rights but have also been seen wearing fur, leather and other non-vegan luxury items.