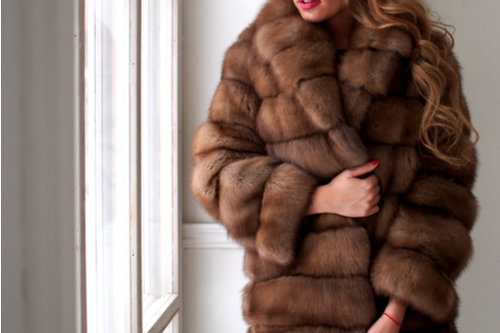 ACTRESS Sarah Jessica Parker was ambushed by anti-fur activists at the opening of her new show store. The Sex in the City star was visibly upset as protesters confronted her and slammed her for wearing fur.

Video footage shows an irate woman shouting at her: “How do you feel about rocking fur in every single one of your coats? No compassion at all, your last winter coat had a fur trim.”

Parker—who was visibly uncomfortable at the plush opening of her SJP store in New York—tried to reason with the aggressive woman.

She said to her: “I am a compassionate person. I stand..I totally…I stand informed, and I really appreciate it.”

But protesters continued harangue her.

The woman shouted back: “I understand you’re informed about it, but that’s not enough.”

Parker demanded to know the woman’s name but she fled into the crowd and activists started chanting: “Fur trade, death trade!” repeatedly.

One holds up a sign that read: “Sarah hates animals.”

Eventually, security personnel rounded-up the activists and removed them.