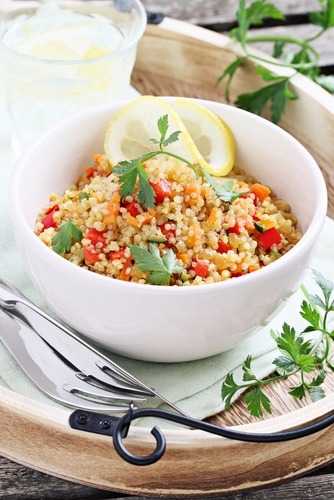 Meat eaters have slammed vegans on social media for being cruel to the human race.

One said farm workers are exploited in order to produce vegan crops like quinoa or cashews—causing suffering and cruelty to thousands of people in low paid jobs in developing countries.

A polite social media conversation on the issue escalated into an argument on Tumblr, Reddit and Facebook with things turning nasty fast.

Tumblr user “rosasdesal” told her followers that veganism is not “affordable,” “cruelty free,” or “the best choice for everyone”.

Then a vegan going by the name “caged-freedom” hit back by saying being meat-free is “affordable”, “cruelty free” and “everyone should follow it”. 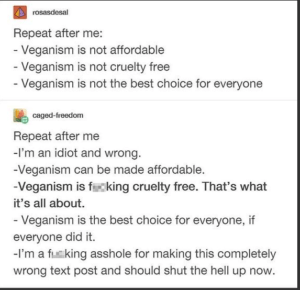 But then angry “sissikuk” responded with: “People are literally starving in South America because all the Quinoa  crop is being exported mainly for white vegans who want to live ‘cruelty free’ but don’t care about brown people as much as they do about the animals”. 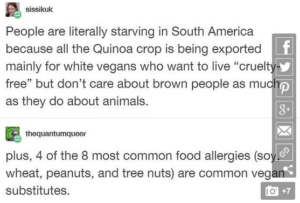 Then “thesixfingerman” weighed in with: “It’s impossible to live cruelty free period. Western society is otherwise.”

The voice of reason appeared to prevail with “VardantApollo” adding: “You could, but it would be just subsistence farming and foraging on insects in the middle of nowhere.”

Finally a vegan called “RainDog9” seemed to sum thing up perfectly with: “I’m a vegan and I agree 100 per cent cruelty free is near impossible. I just try to do the best I can to minimize cruelty from my life.” 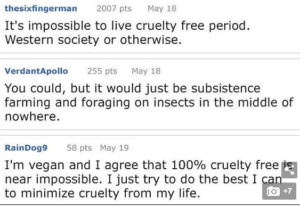