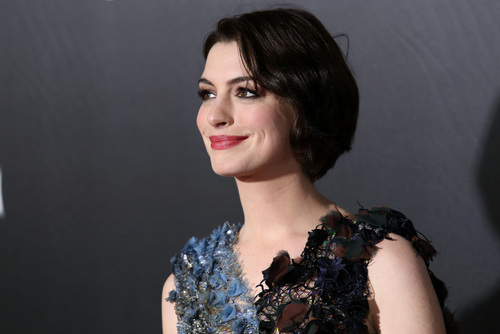 OSCAR-winning actress Anne Hathaway has told how quitting veganism and eating salmon made her brain feel like a “computer rebooting.”

The star revealed she was having dinner on location in Iceland with actor Matt Damon in 2014 while filming Interstellar when she “caved”—two years after going vegan.

Hathaway and her husband Adam Shulman went with Damon and her co-stars to a local Icelandic restaurant. In deference to the local cuisine, Damon told the kitchen that he’d have whatever the chef felt like cooking for him.

When the waiter came to take the order of the then-vegan Hathaway said: “So then I was the only chick and I’m the vegan and everyone’s just going with the flow. So I asked ‘Is your fish local? And they said ‘do you see that fjord?’ So I had a piece of salmon and my brain felt like a computer rebooting.”

Hathaway had originally gone vegan in 2012 in an effort to get in shape for her role as Catwoman in The Dark Knight Rises.

No Forgiveness for Vegan YouTuber Who Ate Eggs and Salmon