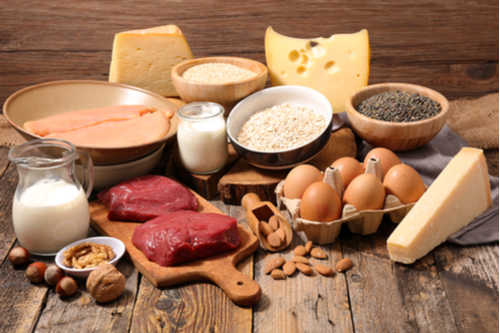 EATING cheese and meat daily slashes your chance of early death by a quarter, a major study says. It suggests we can consume around twice as much as recommended now.

The report flies in the face of claims that a vegan diet is healthiest.

Scientists quizzed more than 218,000 people on food consumption in 52 countries. Those eating most dairy and red meat saw their chance of early death fall by a quarter and fatal heart attack 22 per cent.

Experts claim trying to warn people off butter and steak is counterproductive because they end up eating white bread and sugar instead, which is more harmful.

Researcher Prof. Salim Yusuf, of Canada’s McMaster University, which carried out the study, said: “Our results show dairy products and meat are beneficial for heart health and longevity. This differs from current dietary advice.”

National Health guidance in the UK says dairy should make up 8% of an adult’s daily calorie intake—around a pot of yoghurt or two slices of cheese. And officials advise no more than 70g of red meat, such as beef.

But the new research, presented at the world’s biggest gathering of cardiologists, found those on three portions of dairy and 120g of unprocessed red meat fared best. Eating white meat such as chicken and turkey had a similar benefit, experts said.

0 comments on “Meat Your Heart Out”