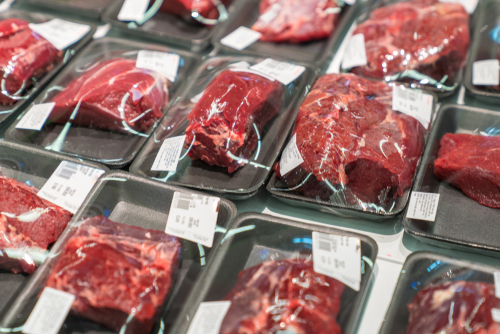 EXTREMISTS have launched a new form of protest dubbed “sticker-vism” in which they stick offensive labels to meat products in supermarkets.

Nuisance activists in Australia have been targeting stores with thousands of labels bearing animal rights slogans.

Protesters at a store in Melbourne glued stickers to various chicken, meat, and dairy products throughout the store.

One sticker, attached to packets of Primo thinly sliced chicken said: “This packet contains the dead body of someone who wanted to live.”

The so-called sticker-vism has been condemned on social media.

One Facebook user wrote: “Vegans are getting to a point where they are just as bad as extremist religious folk.”

Another wrote: “Hope it’s dead! I’m not eating it if it’s still alive!”

Activists are selling the stickers online in a bid to turn Sticker-vism into a worldwide trend.

They also want people to start plastering them on public signs.