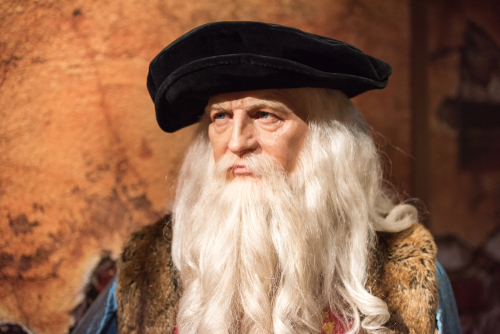 PETA has been hit with an online backlash after it hijacked Leonardo de Vinci’s name to promote its animal rights agenda.

The People for the Ethical Treatment of Animals have dubbed the genius “Leonardo da Veggie” in a bid to turn people vegan.

The animal rights group has claimed he was the original animal rights activist because of his love for animals. They marked the 500th anniversary of his death on May 2, 1519 with an ad in Italy which reads “Leonardo da Veggie – Eat Like a Genius.”

But the use of the great man’s name in yet another publicity stunt by PETA hasn’t gone down well with some.

One Twitter user wrote: “I don’t want a Leonardo da Veggie. Just give me a  ****ing turkey sandwich.”

Another added: “Leonardo would turn in his grave. There weren’t any veggies or vegans back then were there?”

The term vegan was not coined until 1944 and although the painter and inventor was known to be an animal lover historians are certain he ate cheese, eggs and honey and drank wine.

Historians also believe he may have eaten a plant-based diet and avoided meat, but there is no certainty.

What is known is that the grains and fruits and vegetable he ate were grown using animal manure because fertilizers had not been invented.

His paint brushes were made from animal products—sable or hogs hair attached to quills and he drew on vellum which is the tanned skin of calves, kids and lambs.

The deep reddish brown pigment called sepia used in his work came from the ink sac of cuttlefish and his other paints were made using eggs.

Historians have concluded Leonardo was not a vegan but may have been a vegetarian—but there is no definitive proof.