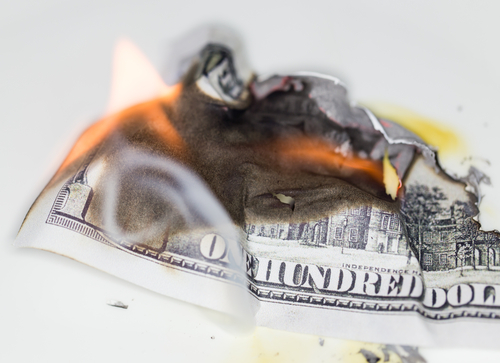 PETA has long been renowned for its aggressive and extremist behaviour, including public disruption and illegal activity. Given the nature of PETA’s behaviour and its disregard for both human—and animal—life, it has been a mystery that they have continued to receive donations from concerned animal lovers.

PETA’s 2018 accounts show that grants and contributions stand at approximately $53 million. This represents a fall of around $10 million from 2015. Should the trend continue, the activist group could begin experiencing serious financial trouble in the coming years. It is important to note that during this period, the American economy has grown relatively consistently; in most quarters at a healthy annualized rate of over 2%.

Tax records also show that PETA gets a lot of money from just a few sources. In 2015, about one-third of the $63 million PETA brought in case from one single source. Overall, $30 million—almost half of PETA’s income—came from just six sources, according to its Form 990 tax return.

This raises wider questions about whether their approach is truly sustainable.

While there are undoubtedly some genuine supporters of PETA’s extreme behavior, it appears the organization is largely reliant on a few sugar daddies (or mommies). The general public does not seem to be on board with PETA; in fact, there are surely donors who parted with their hard earned money under the mistaken impression that it would be used to protect animals, not fund extremism.

This decline in donations will give heart to those who have sought to expose the hypocritical and damaging philosophy that sits at the heart of the organisation. There is a place for moderate, humane animal rights groups that genuinely seek to advance the interests of animal welfare. There should not be a place for an organisation that pushes an extremist agenda.

0 comments on “Is PETA’s Behaviour Finally Catching Up With It?”