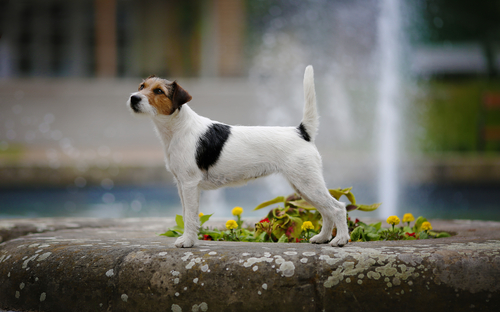 Dog lovers ignored the protestors from the animal rights group near the show in Birmingham, and the event was dubbed a “great success” by organizers.

The extremist group was hoping to repeat the drama of 2018 when two activists invaded the main arena just as judges announced the Best in Show winner. But beefed up security meant they failed to get anywhere near the show and the failed to recreate the chaos of the previous year.

The final was broadcast live on Channel 4 in the UK.

About 27,000 dogs attended the 2019 show with more than 200 different breeds vying for a place in the Best in Show final which was won by a Papillon named Dylan and owned by Kathleen Roosens.

PETA wants the show banned claiming over-breeding is cruel and causes physical defects. But a Kennel Club spokesperson hit back: “Purebred dogs are loved and owned as pets by millions of people.”

“Whilst every purebred dog is bred selectively to have certain distinct characteristics – and this helps people to get the right kind of dog for their lifestyle, as they can predict the kind of exercise, grooming needs and general temperament it will have – it should never be to the detriment of health.”

“Dog shows help to drive improvements in breeds and the Breed Standards that dogs are judged to make it clear that unhealthy exaggerations are not acceptable.”

“One of the biggest problems is the irresponsible breeders who largely operate away from the influence of the Kennel Club or others who fail to health test, and breed exaggerated dogs that look a certain way because of a public demand for it.”

“The Kennel Club is one of the country’s biggest investors in dog health and welfare and develops vital resources, such as DNA tests, to help breeders breed healthy puppies.”

PETA director Elisa Allen said: “Breeders’ obsession with arbitrary physical characteristics causes dogs to suffer from painful and crippling genetic defects. Crufts is a twisted celebration of genetically manipulated animals who have difficulty breathing or walking, and PETA encourages everyone who cares about dogs to steer clear of it.”