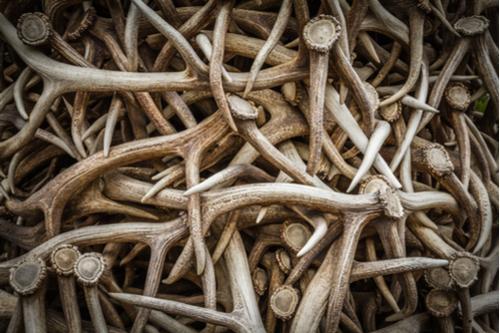 FASHION giant Zara has hit back at activists who have accused it of being cruel to animals by selling picture frames made from animal horns.

Activists targeted the chain claiming the frames “come from animals who died in terror at the abattoir or whose brains were blasted out by a hunter.”

But Zara said the claims were wrong and defended its right to sell the product made from imported cow horn.

“We will never use products from animals slaughtered exclusively for their skin, shell, horn, bone, feather or down. We will never sell cosmetic products that have been tested on animals at any stage of production, or that contain ingredients of animal origin.”

Available at Zara Home, the homeware arm of the fashion retailer, the £12.99 frames are made from 70 percent “natural horn pieces” and are likely to have been produced from imported cow horn.

Elisa Allen, director of PETA UK, said society was “moving away from using animals as fabric and decorations. Cows, deer, and buffaloes grow a single set of horns to last their entire life, meaning that the horns used to produce bowls, cups, or picture frames come from animals who died in terror at the abattoir or whose brains were blasted out by a hunter.”

0 comments on “Anger from Fashion Chain Zara Over “False” Claims”