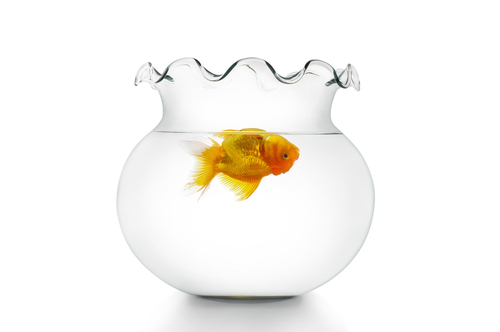 A PETA-supporting bride who had 100 live goldfish at her wedding left them to die.

The animal rights supporter insisted on having two fish in bowls on 50 tables at her hotel reception believing guests would want to take the fish home.

But when the wedding was over the fish were left behind as the bride jetted off on honeymoon.

A maid of honor who had advised against the plan revealed the bride, who she didn’t name, had been happy for them to be left for dead.

She posted on the social media site Reddit that the bride had said: “We’ll buy them that morning —they only need to survive through the reception.”

“I thought you loved animals,” the maid of honor said she replied.

At the end of the reception the hotel wanted its fish bowls back and the maid of honor had to buy a tank to take the fish home in.

“By the third day, we were down to five, and we lost one a day after that until there was only one left. And that last one? Five years. I named it Sun. It lingered far longer than my friendship with the bride, and far, far longer than her marriage.”