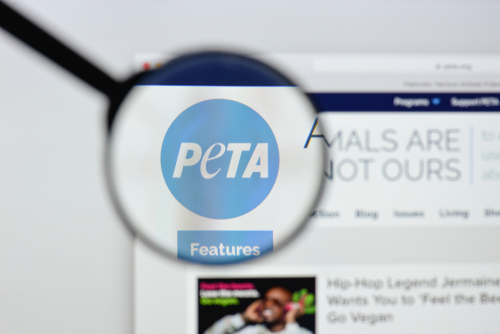 PETA is facing an investigation over allegations it has abused its charitable status.

The FBI and the Internal Revenue Service were asked to probe claims the animal rights group has spent charity money improperly by supporting radical animal rights activity, which may have breached anti-terror laws.

The Center for Consumer Freedom (CCF), a nonprofit organization, has filed complaints with both the FBI and IRS alleging that PETA and other radical groups have broken rules for charities.

CCF claims that PETA had spent tax-exempted funds on the efforts of Direct Action Everywhere which has been accused of breaking into farms and organizing hostile protests outside shops and businesses.

The Earth Liberation Front is considered by the FBI to be a domestic terrorist organization.

CCF are also asking the FBI to assess whether any activists have broken the Animal Enterprise Terrorism Act, which makes it an offence to “damage or interfere with the operations of an animal enterprise.”

A CCF spokesman said:  “Harassing people in restaurants, deceptive fundraising, and breaking the law are not charitable activities. It’s past time for authorities to crack down on this charade.”

0 comments on “Calls to Investigate PETA”