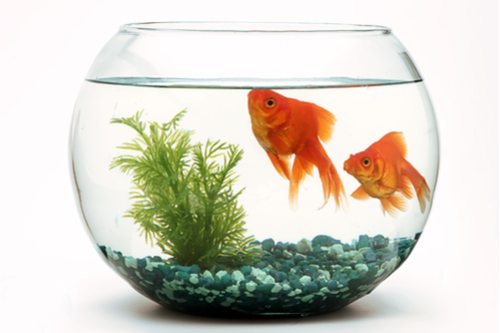 A popular tourist attraction has stopped giving goldfish away as prizes after PETA complained.

The animal rights group said the goldfish were victims of neglect and cruelty.

It contacted Bundoran Adventure Park in County Donegal, Ireland, after it said visitors to the seaside town complained about the tradition of giving goldfish as prizes. The park said it had not received a complaint from PETA but following the concerns said it would end the tradition.

Spokeswoman Teodora Zglimbea said: “Ending the practice of giving fish away as prizes will have no effect on attendance at Bundoran Adventure Park. It will, however, send the message that fish, like all animals, are worthy of consideration and that cruelty to any individual, no matter how small, mustn’t be allowed.”

Ms Zglimbea added goldfish are “intelligent and social animals who communicate, cooperate, can recognize different humans and use tools.”

UK Anglers in Spat with PETA