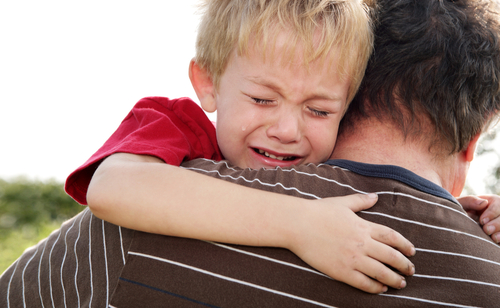 CHILDREN were left traumatized after PETA pretended to barbecue a fake dog. The stunt in the middle of a shopping mall in Sydney, Australia, left children in tears and parents furious.

The dog, which was covered in fake blood, was seen being grilled alongside corn, onions and mushrooms.

Activists timed the grim stunt to attract maximum publicity on Australia Day when the mall was packed with families.

A sign on the barbecue read: “If you wouldn’t eat a dog, why eat a lamb? Go Vegan!”

But children turned away from the from spectacle in tears.

One parent said: “This has really ruined out outing. It took ages to calm our daughter down. She loves animals and this was not the way for them to get their message across.”

Another wrote: “That supposed protest in Sydney is more inhumane than any slaughtering of animals. Keep them out of public places. It should be classed as public nuisance!

“Kids around? That is further reason to stop this! Exposing them to this??? Cruel.”

Another angry bystander wrote: “If you care for children, try not damaging them for the rest of their life. Your display was disgusting.”

While another added: “If you care about people stop showing them a very life like dog being barbecued. No one needs to see that. And before you say “a dog is no different from a lamb” maybe to you guys they aren’t different but to kids walking by they are very different.”

But PETA refused to back down.

She said: “It’s not gruesome but it’s no different to when you’d walk past a Peking duck hanging in a shop window or a pig on a spit at a wedding.”