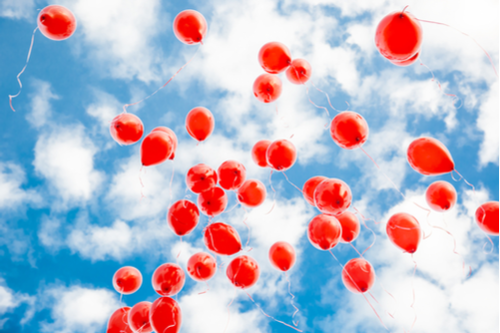 PETA has called for balloons to be banned from an American football game claiming they are a threat to wildlife.

The animal rights group has demanded the University of Nebraska ends the tradition of releasing thousands of balloons at games.

It has started an online petition claiming they are an environmental hazard because animals confuse them for food after they burst and fall to the ground. But the University claims the balloons are biodegradable and critics say PETA has got its facts wrong.

Nebraska student Andrew Moritz said: “As a regular attendee to the football games I really enjoy the balloon release tradition and I do not think it should be changed. I had concerns about the environmental impact but there needs to be some that the balloons are having a negative impact.”

And a spokesman for the American Conservation Coalition added: “Actions such as paper reduction and recycling trash would have a far greater impact.”

PETA clams it has repeatedly contacted the University but to no avail.

A PETA spokesman said: “Each balloon release is tantamount to littering thousands of pieces of hazardous trash per week.”

It’s All “Boondoggle” to PETA