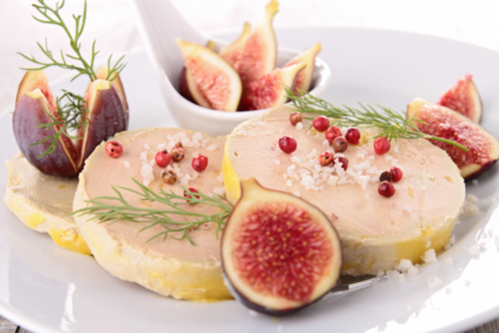 CELEBRITY chef Gordon Ramsay has been targeted by Peta activist Pamela Anderson for selling foie gras at his restaurants.

The former Baywatch actress has called on Ramsay to remove the pâté dish from his menu. Anderson, 52, has written a letter to the TV chef urging him to stop selling the dish at Restaurant Gordon Ramsay, his flagship eatery in London.

Although the production of foie gras is illegal in Britain it is still legal to import it into the country.

In some cases it is made by force-feeding geese and ducks and activists claim it is cruel.

In the letter Anderson said: “Given your exceptional talent, I have no doubt that you can create dishes to impress that don’t involve this cruelty.” She added that foie gras is “nothing more than a diseased liver produced in a real-life Hell’s Kitchen.”

She is spearheading a campaign against foie gras for PETA and recently angered French politicians when she appeared in the National Assembly in Paris to support a ban. Many claimed it was inappropriate for an unelected Canadian-American known for appearing nude in Playboy to be interfering in the democratic process.