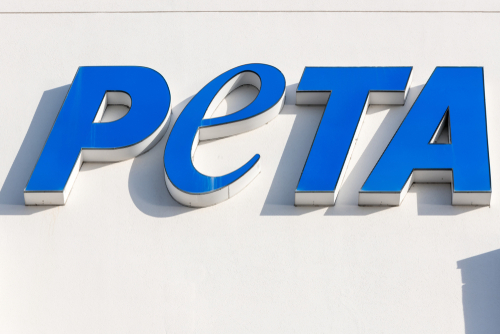 PETA has been slammed for creating a toy slaughterhouse in a sick bid to teach kids “the truth” about farming.

Even the Vegan Society attacked People for the Ethical Treatment of Animals over the move. And angry parents said the grim mock up of cows hanging upside down and dripping fake blood was terrifying to children and should not have been allowed.

PETA said it created the distressing “toy” because toy makers such as Playmobil misrepresent reality in their toys.

It said children deserve to see the “real truth.”

It had petitioned the German firm to create a “My First Abattoir” creating its own a mock-up of what a “realistic” slaughterhouse set would look like.

The horrifying mock-up shows a bloody scene with two plastic cows – one with its throat slashed – hanging upside down from hooks alongside an angry worker wielding a knife. A third cow is dead on the ground and a calf is in a wheelbarrow “for disposal.”

One parent said on Twitter: “Are PETA for real? Don’t they know kids are seeing this online and getting upset.”

Another added: “They have gone too far this time. My niece was in tears when she saw it online.”

Even the Vegan Society labelled the plan “too grisly.”

Samantha Calvert of the Vegan Society said: “We don’t think there would be much of a market for a toy slaughterhouse set – even among vegan parents. It would be a grisly toy and it could desensitize children to the horrors of the meat industry. Removing the idealistic farm sets from sale, which was the original request made by PETA, seems a more pragmatic response.”

PETA director Elisa Allen added: “If Playmobil is going to offer toys representing businesses that exploit animals for food, it should at the very least not misrepresent the conditions in which they live and die. PETA is calling on the company to stop lying to children about the horror and cruelty behind every glass of cows’ milk and every beef burger.”