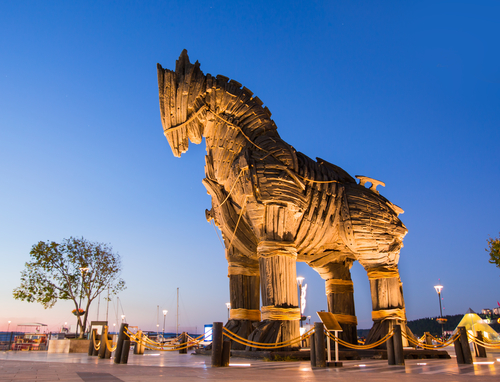 PETA has become a shareholder in the fashion giant Boohoo in a bid to persuade it to ditch wool. The move by the People for the Ethical Treatment of Animals comes after Boohoo refused to stop selling wool.

It had said it would stop selling wool products but following complaints from sheep farmers it did a U-turn and kept wool on its shelves.

Now PETA says it has bought shares in the brand so that it can attend the annual general meeting in a bid to influence other shareholders against wool.

The animal rights groups owns shares in many other high street brands it protests against.

It is part of a long-term “Trojan Horse” strategy to get companies to ditch animal products including fur.

PETA Director of Corporate Projects, Yvonne Taylor, said in a statement: “As a shareholder, PETA US will be able to push the retailer’s management to do the responsible thing for shareholders and animals alike by showing that no jumper or scarf is worth kicking, punching, and killing gentle sheep on the shearing floor.”