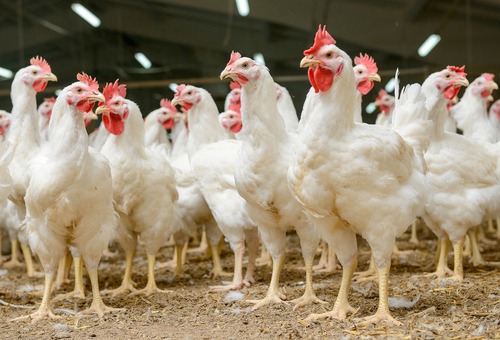 PETA tried to accuse a top food supplier and farmers of cruelty by using footage which was filmed over a year ago, it has emerged.

But bosses hit back saying the animal rights group had got its facts wrong and conditions had been improved.

The video alleged to show squalid and cramped conditions of chickens at a farm which supplies Asda and Nando’s in the UK.

Thousands of birds are seen cooped up in sheds apparently with no natural light at Stewkley Farm, Buckinghamshire, UK which also supplies Faccenda, one of the UK’s largest poultry processing companies.

PETA sent the images to the Royal Society for the Prevention of Cruelty to Animals.

But Faccenda claimed PETA had got its facts wrong and said conditions at the farm had been improved.

A spokesman said: “All of our farms operate to standards above EU and UK legislation. They are visited on a regular basis by an external vet to monitor bird welfare. This footage is 12 months old and a number of changes have already taken place on that farm.”

Nando’s said it would only source “from farms that meet our animal welfare expectations.”

Asda said: “We expect the highest standards from our suppliers.”

PETA had claimed the video contradicts Faccenda’s claim on its website that “good welfare is paramount and that means birds that are healthy and comfortable.”

It accused the firm of “hoodwinking” consumers.