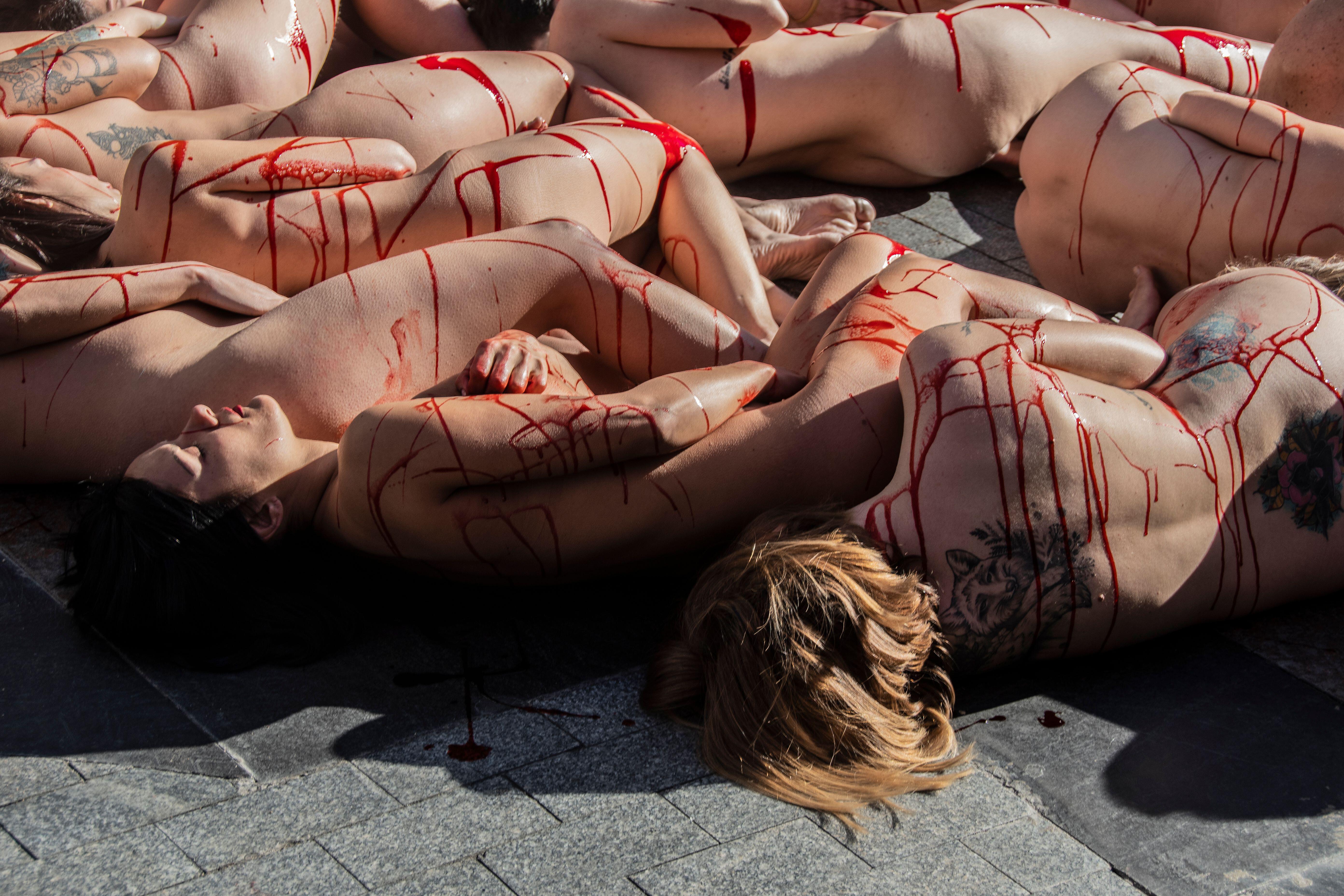 EXTREMIST  animal rights  group PETA has ended its “I’d rather go naked than wear fur” campaign after the public grew tired of its shock tactics.

The people for the Ethical Treatment of Animals claimed it is ending the 30-year campaign, which saw celebrities pose naked, because it has achieved its aim of turning people against fur.

But many stores still stock ethically sourced fur and millions still wear it.

Critics said the decision marked a retreat rather than a victory.

And despite claiming victory PETA then said it is planning  a new campaign  using the slogan to “I’d Rather Bare Skin Than Wear Skin”.

The image of the organisation has been tarnished over recent years with members of the public opposing it shock tactics which have included public nudity and the use of fake fake animal blood at demonstrations.

Parents have grown tired of having to shield children from the alarming images of naked women covered in fake blood outside fur stores and have been vocal about PETA’s intrusive tactics.

One parent who didn’t want to named for fear of being targeted by the group said: “I don’t see how how this is a victory.

“It looks more like a rebranding exercise to me because PETA is losing its shock value and becoming quite tiresome.

“Whether you agree with their message or not they have no right to frighten children on the streets and as long as they keep doing that they will continue to lose whatever sympathy they had to start with.”

PETA originally launched the campaign with pop group The Go-Go’s posing naked behind a red and gold banner reading “We’d Rather Go-Go Naked Than Wear Fur!” in 1990.