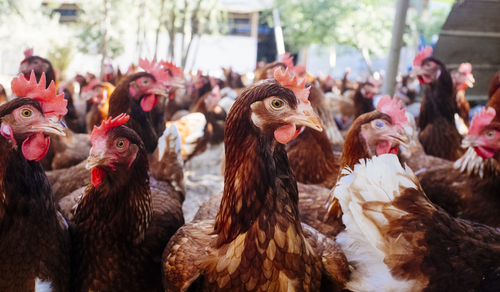 PETA suffered a setback when its plan to scupper a chicken farm expansion was booted out.

Proposals to build two large chicken sheds housing up to 100,000 birds have now been given the go ahead.

Council chiefs had originally turned down plans to build two poultry sheds to breed birds for meat at Mulsford Farm in Cheshire, UK.

They made the decision after PETA submitted a petition of 9,000 signatures opposing it.

But a planning inspector appointed by the Welsh Government overturned the decision and awarded costs against the local authority, stating that it had behaved “unreasonably.”

The owners of the farm launched an appeal in November, claiming that moving into poultry production was “essential” to their business.

After a site visit, planning inspector Richard Jenkins agreed with the views of DJ Huxley Farms Ltd and granted permission for the sheds.

But the inspector said none of the claims held water.

In his decision notice, Mr. Jenkins said: “It is clear that the buildings have been designed with a particularly low profile and I am satisfied that such a design solution would serve to minimize their visual impact. Concerns relating to pollution, and in particular odor, noise and river pollution, would be effectively controlled via environmental permit regulations.”

“A significant number of concerns have been submitted on the grounds of highway safety. However, I have not seen anything to suggest that traffic movements would cause significant congestion or generate levels of noise and disturbance that would render Get the latest North Wales news at the scheme unacceptable.”

“I have considered the concerns relating to the effect of the proposed development upon the value of nearby properties and the effect upon local tourism. However, such concerns remain largely unsubstantiated given the degree of separation between the respective premises.”

0 comments on “PETA Gets Egg on its Face”