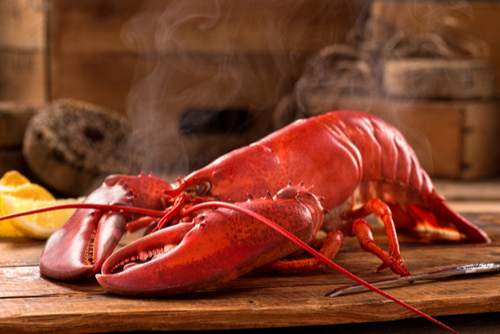 PETA’s latest publicity stunt—a bid to build a five-foot memorial to lobsters killed in a road crash—has been refused.

The animal rights activists wanted to place a five-foot roadside structure in Brunswick, Maine, US, to remember thousands of lobsters killed in the wreck.

If approved, the large memorial stone would have shown a lobster with the words “In Memory of the Lobsters Who Suffered and Died at This Spot.”

But Maine’s Department of Transportation denied PETA’s request. It said signs of any kind are not allowed on that part of the highway.

Spokesman Ted Talbot said: “’PETA, or any other group, couldn’t do it on that section. That section is a Controlled-Access section, meaning that there’s a lot of car and truck traffic and volume at high rates of speed.”

Mr. Talbot added that even if the group proposed downgrading the tombstone to something like a political sign, it would still be denied.

Local residents were also quick to oppose the plan.

Janie Roy said: “I’m not cruel to animals but that goes way too far, and a monument on the highway? We don’t even put monuments up for people who die. What’s the difference between them falling on the road and dying or being thrown in hot water? We eat them every single day. Either way they’re dead lobster.”

PETA Executive Vice President Tracy Reiman said before the application was turned down: “PETA hopes to pay tribute to these individuals who didn’t want to die with a memorial urging people to help prevent future suffering by keeping lobsters and all other animals off their plates.”

Lobsters get High on “Sea Weed”