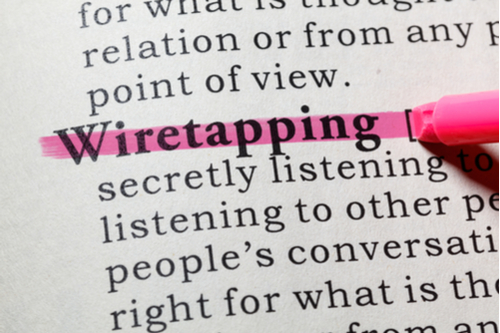 PETA may have broken wiretap laws in an attempt to discredit a zoo, a court has ruled.

The animal rights organization was found to potentially have illegally recorded conversations with employees in a bid to build a case of animal cruelty against the zoo.

PETA’s covert activities emerged in court case it attempted to bring against the Tri-State Zoological Park of West Maryland in Cumberland, MD. It used undercover investigators posing as volunteers who took more than 300 pictures and made 70 video recordings, some of which captured conversations with staff, according to the court.

But the Maryland Wiretap Act states all parties must consent to being recorded and PETA admitted in a court deposition that it had not asked permission to record the videos.

The zoo tried to have the case kicked out of court, claiming PETA had obtained evidence illegally. In a November ruling, the Court found:

PETA’s own internal memorandum and deposition testimony strongly suggest that certain of its video recordings also include audio. ECF No. 71-4 at 10; ECF No. 71-9 at 27:5–6. Further PETA appears to have unlawfully recorded audio without first obtaining consent of those who were recorded. See ECF No. 71-9 at 27:20–21 (stating, in deposition of PETA, that agents “would not have asked [for] permission” to record audio). Such recordings violate the Wiretap Act and will be excluded entirely from this case.

However, the United States District Court in Maryland ruled the case could proceed after issuing a strong warning to PETA.

A judge said: “The Court does not believe additional sanction is warranted. Any future violations, however, will be viewed as knowing, willful and contemptuous, and will be sanctioned accordingly.”

PETA has claimed it acted lawfully, and asked the Court for a clarification of its ruling. On Dec. 3, the Court clarified, “At the appropriate time—when any particular video is offered as evidence—the Court will determine whether the particular video offered was recorded in violation of the Wiretap Act. On the present record, the Court cannot in fairness make such a determination.”

0 comments on “PETA May Have Broken Law by Snooping on Zoo, Court Rules”