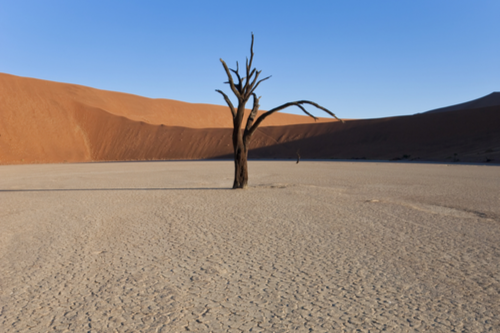 PETA has attacked farmers who are losing livestock in one of the worst droughts in history. The animal rights group is blaming them for putting animals down—even though the mercy killings are done on compassionate grounds.

Farmer Les Jones, from Goolhi, in north-west New South Wales, said a mass shooting of 1,200 sheep was his only option because his land was too dry to produce food, he could not afford to buy it, and the sheep were too weak to be sold.

Since the Jones’ family story went public, hundreds of Australians have banded together to donate money, hay and grain to the farm. In addition to personal donations, a truckload of feed arrived from Victoria on behalf of the Lions Club Need for Feed Disaster Relief.

But PETA saw the tragedy and others like it in Australia as an opportunity to attack farmers.

It posted an article online entitled “If You Can’t Feed Them, Don’t Breed Them” causing huge offense in the farming community.

The PETA article said: “From the farmers’ perspective, the problem is not that they have to kill animals—since they were going to do that anyway—but that they’re not getting paid to do so.”

It was published a day after the New South Wales Government announced a $500 million emergency drought relief package, with 99 per cent of the state being in drought.

Farming groups have now hit back.

Tony Maher the chief executive of the National Farmers’ Federation said: “I’d urge PETA’s leadership to visit our farmers and hear the lengths farmers are going to maintain the welfare of their animals.”

PETA has also been slammed on social media.

“Male lions also kill their own kids in times of drought and when food is scarce to save the population for future generations,” Dalton York said on Twitter.

“So does PETA get mad at animals for killing other animals or how does that work?” another added.

Farmer Jess Taylor also said she had to put animals down to put them out of their suffering because they couldn’t find water.

The mother-of-four from Coonabarabran, 500km north-west of Sydney, said: “It’s pretty tough. We’ve still had a lot of harder grass and ground cover but every day it’s disappearing. On the other side there’s nothing, not a blade of grass, just dirt. A lot of people are in a lot of trouble. Australia is in a lot of trouble if nothing is done soon.”

0 comments on “PETA Shows No Mercy to Drought-hit Farmers”