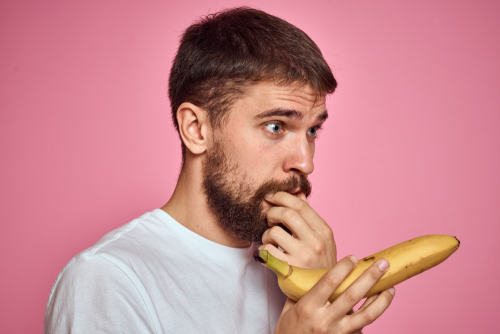 PETA has become an online laughing stock after claiming bananas can be a pork substitute.

The animal rights group said banana skins make a good pulled-pork alternative. But the idea was greeted with huge skepticism and PETA became the butt of thousands of online jokes.

It adopted the idea after vegan chef Melissa Copeland posted a pulled pork banana recipe on her blog The Stingy Vegan. PETA retweeted it but the thread received hundreds of negative comments with one saying the recipe was like “tapeworm.”

Another wrote: “If being vegan is so awesome, why are they always trying to make ‘meat substitutes’? Stop appropriating my food and come up with your own.”

Another said: “I had a BBQ soak sandwich this afternoon for lunch. It was glorious. All that pork, beef, chicken & mutton with spicy yet sweet sauce, pickle, onion on rye bread & bowl of burgoo. Damnit, I’m hungry now. #PeopleEatingTastyAnimals #PETACanSuckIt”

Some other social media users took it a step further and began flooding PETA with photos of cooked animal dishes.

The negative response came just days after Ms. Copeland also received a wave of resistance on her own social media platforms for presenting the recipe idea.

Sharing an image of bacon being cooked, a Twitter user using the handle ‘Kimppa8′ wrote: “I’d rather eat this delicious bacon.”

Another shared a photo of a chicken burger accompanied by the caption: “Hey PETA, how’s my pet chicken?”

Another who shared a plate filled with meat, said: “You know what else tastes great? Pork, burgers, steaks, bacon.”

But PETA didn’t see the funny side and spokeswoman Elisa Allen said: “Mean and ignorant trolls visit PETA affiliates’ social media accounts to spew hatred about animals, the planet, other humans, health – you name it.”

“But while these innovative recipes may not appeal to everyone, banana-skin carnitas, jackfruit pulled pork and plantain lasagne are just a few of the many vegan foods that not only help us spare millions of animals the trauma of factory farming, transportation, and a wretched death at the abattoir but also are better for human health and the environment.”

Can You Have Your Cake and Eat It, Too? Topshop Thinks So.

0 comments on “PETA Steps on Another Banana Peel”