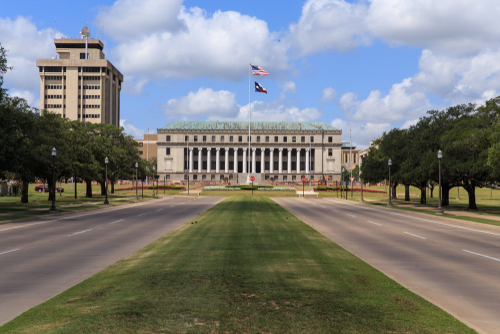 PETA has filed an extraordinary lawsuit against a university

which has blocked its social media propaganda messages.

Texas A&M University has been repeatedly targeted in the past by PETA over experiments in it animal research labs.

Graduation days have been disrupted and protests staged on its premises in College Station, Texas.

The educational institution is one of America’s oldest—A&M originally stood for Agricultural and Mechanical—and it has historically carried out animal research.

PETA now say the move to block its propaganda is a violation of one of the Constitution’s most precious articles—the right to freedom of speech.

It has asked the U.S. District Court to declare the Facebook filtering unconstitutional and make the university to re-post its blocked and deleted comments.

The suit was filed against university president Michael K. Young.

Texas A&M has not yet issued an official statement, although its spokesperson Keith Randall said its research animals are “treated with great care and tenderness.”

The Texas A&M Facebook page is a public page that publishes daily news updates and has 580,000 followers.

Since 2006 PETA members have written letters, staged protests and circulated petitions against A&M’s laboratories. In December 2017, activists disrupted a graduation ceremony to protest the canine lab.