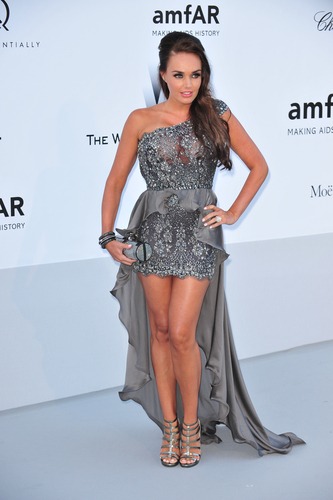 TAMARA Ecclestone has been targeted by PETA after she was pictured feeding tigers at a zoo.

The Formula One heiress took her four-year-old daughter Sophia to see the tigers but PETA said she was being cruel.

Bernie Ecclestone’s daughter was also pictured feeding the tiger slabs of meat with a pair of tongs.

Four endangered Amur tigers have been shipped to the UK from Russia to Chessington in an attempt to protect them.

With only 500 left in the world the theme park have spent millions of pounds on a place for the endangered species to stay in captivity.

But PETA believes they would be better off in the wild and has urged animal lover Tamara, 33, not to promote the attraction.

A PETA spokesperson said: ‘We urge Tamara, who does care about animals but surely doesn’t understand what she’s participating in, to recognise these institutions for what they are – lousy prisons with living exhibits.”

“And we ask her to switch to supporting campaigns that protect animals in their native habitats, because all the publicity gimmicks in the world won’t prevent species from becoming extinct.”