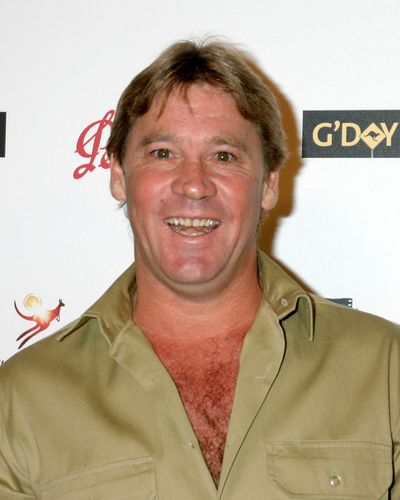 PETA faced a barrage of criticism after it claimed famous TV naturalist Steve Irwin “was killed while harassing a ray.” It also said a Google homepage doodle commemorating Irwin’s death was a “dangerous fawning message.”

One angry social media poster responded to PETA’s remarks saying “You knew that by dragging a beloved dead man’s name through the mud, you’d get more eyes and clicks on your brand. You know what you’re doing. Rage marketing works.”

Another raged:  “You don’t actually give a f**k about any of what you’re saying about Steve Irwin.”

The Crocodile Hunter would have turned 57 on February 22, 2019 and Google changed the image on its home page to honor the much-loved TV star. He died in 2006 during a snorkeling expedition when a stingray barb pierced his heart.

The Google doodle featured a cartoon of Irwin searching for crocodiles and caring for animals in a zoo in his native Australia.

But PETA seized on the tribute to unleash a furious Twitter thread which said: “Steve Irwin was killed while harassing a ray; he dangled his baby while feeding a crocodile and wrestled wild animals who were minding their own business. “Today’s Google Doodle sends a dangerous, fawning message. Wild animals are entitled to be left alone in their natural habitats. Steve Irwin’s actions were not on target with his supposed message of protecting wildlife.

“A real wildlife expert and someone who respects animals for the individuals they are leaves them to their own business in their natural homes. It is harassment to drag exotic animals, including babies taken from their mothers, around from TV talk shows to conferences and force them to perform as Steve Irwin did. Animals deserve to live as they want to, not as humans demand – the Google Doodle should represent that.”

Irwin and his wife Terri set up the Steve Irwin Conservation Foundation in 2002.

His “crocodile wrestling” was part of the foundation’s efforts to catch and relocate saltwater crocodiles away from places where they were likely to be in danger from humans.

Many other wildlife lovers came out in support of Irwin.

Dave Hogg, a sports writer from Detroit, told the animal rights group: “There have been few people who have done more for wildlife conservation and education than the Irwin family. You owe them an apology.”

Despite all of the conservation work done by Irwin Foundation, PETA still refused to apologize for its Twitter rant.