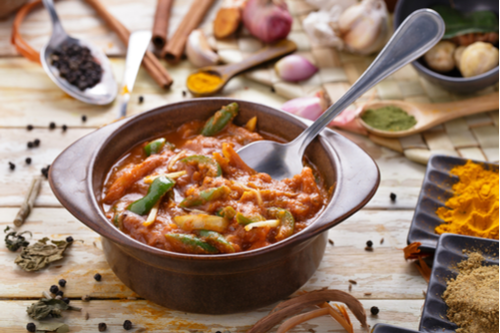 A school has defied death threats by posting footage online of classroom lessons in skinning animals for the pot.

Kingussie high school in Inverness-shire, Scotland, posted the images despite receiving the threats. One pupil shows how to skin and butcher a rabbit before turning it into a jalfrezi curry. The class has also prepared and cooked grouse from scratch, with the school again sharing the images online.

PETA said the images were like a “horror movie” the schools home economics teacher Rachel Richards also revealed she had received death threats from animal rights campaigners after images were shared of pheasants being prepared.

Mrs. Richards, 49, said: “I know people in Edinburgh and Glasgow who have said to me that they wouldn’t get their kids to do it. Whereas ours are used to this sort of work. The kids have an understanding of it and they are happy to prepare the meat themselves.”

“A couple of the students have said, ‘I don’t think I can do this’, but then they were all getting involved. I think it is more uncertainty than anything else because it is unknown to them, but once they start they treat it like meat you would get from the supermarket.”

PETA spokeswoman Dawn Carr said: “Encouraging teenagers to skin, slice and dice animal corpses is something straight out of a horror movie and can desensitize kids to the suffering of others which is cause for concern, given the well-established link between cruelty to animals in childhood and antisocial behavior in adulthood.”

A spokeswoman for the Vegan Society said that she hoped the lessons might actually convert the children to their cause.