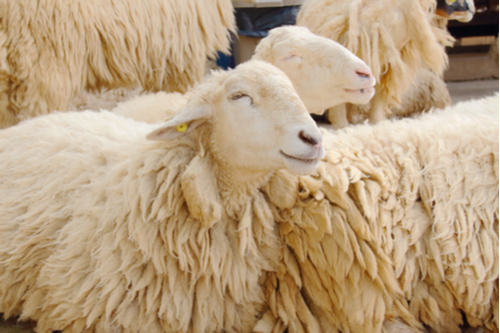 SHEEP farmers have hit out at retailers whose advertising suggests shearing sheep is cruel. Farmers claim retailers who claim their garments as “shear-less”—meaning the garment contains no wool—is misleading and damaging to farmers.

Sheep farmer Quinton McEwan from Monkton, Ontario, said he was furious when he spotted an ad for a Lucky Brand polyester sweater which read: “Shear-less Fleece…not a single sheep was sheared in the making of this garment.”

He said: “Not only is shearing not inhumane, it helps sheep fend off disease and move around more comfortably. I am absolutely shocked by the blatant disregard for my industry,”

The farmer received over 1000 supportive comments after posting his remarks on Facebook. Many wool farmer say they have been unfairly accused of cruelty because activists don’t understand wool farming or sheep.

The animal is not hurt during the process, let alone killed, and the product is biodegradable, they say.

PETA has erected billboards in U.S. cities including Boston and New York with a nude picture of actress Alicia Silverstone with the phrase “Leave Wool Behind.”

PETA and the Humane Society of the U.S. claim sheep farming for wool is inhumane, and PETA says undercover videos prove its point.

But weighed down by too much wool, sheep can suffer heat stress, inability to feed babies, lack of vision and maggot infestation, farmers claim.

Lucky Brand has now stopped using the anti-wool tag after speaking to farmers about the effect the message could have on farmers. Lucky Brand Chief Executive Carlos Alberini. “It was never our intention to offend anyone with this hangtag.”