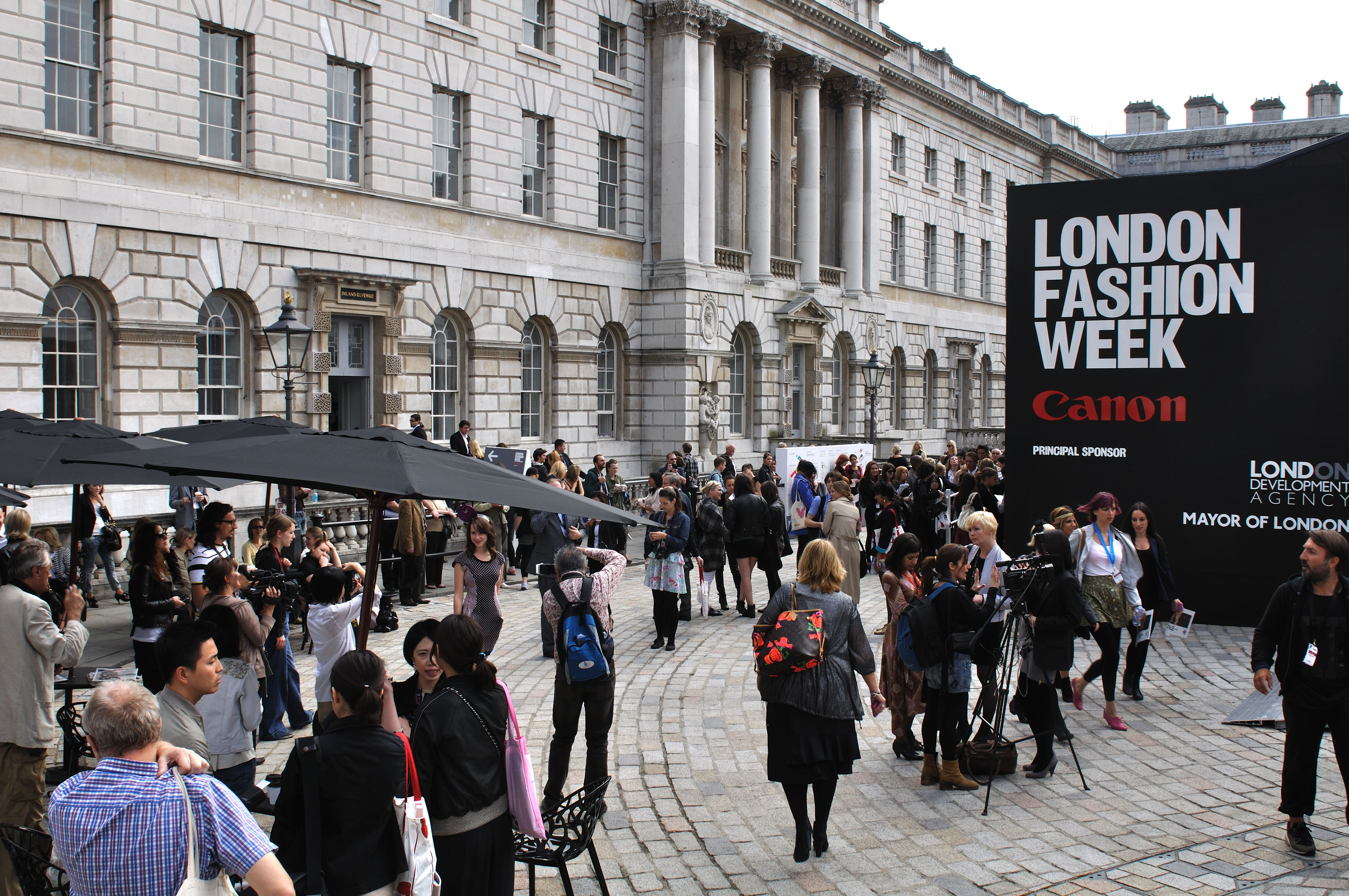 PETA extremists who poured slime over themselves at London Fashion Week failed to disrupt the event.

They attracted only mild amusement from onlookers after smearing themselves in what they called “toxic slime” in a protest against  the event in The Strand in London.

But the concoction of syrup and and charcoal caused a mess on the pavement and security officials advised Fashion Week visitors to use a different entrance.

Red-faced protestors were objecting to the leather trade but were largely ignored as security cleaned up the mess and moved them on.

Elisa Allen, director of Peta, offered no apology for the inconvenience.

Earlier in the day, protesters from the climate change group Extinction Rebellion glued themselves to the entrance to the LFW offices, while other protesters poured buckets of fake blood into the offices.

The actions of the protesters were met with ridicule by many online commenters.

One said: “If these nut jobs had two brain cells between them, they’d be working on ways to reduce the dumping of chemicals into water courses, and to find ways of processing fabrics/leather with fewer chemicals.

“But, of course, that would be difficult work, and would not involve shouting “look at me, I’m better than you!”.

Caroline Rush, Chief Executive of the British Fashion Council, the organisers of LFW, said: “Demands to cancel Fashion Week do not solve the problem in terms of the way the industry needs to address the climate change emergency.”