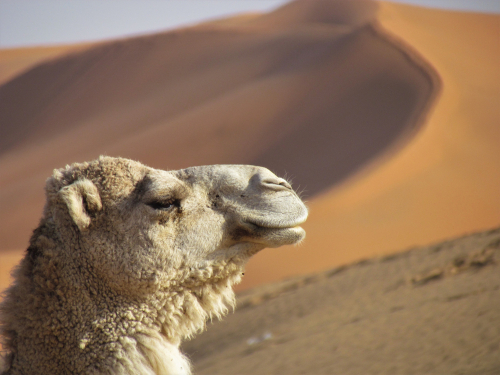 A man who was slammed by PETA for entering his camel into a weightlifting competition has hit back by saying he will enter same competition again next year.

Qasim Hussain, 20, from Bradford, West Yorkshire, UK, travelled to Pakistan to compete in the annual event where the animals are weighed down with rocks before standing to prove their strength.

Hussain’s four-year-old camel, Sheezada Kathreela, was loaded up with bags of stones weighing 3,970 lbs. (1,800 kg) on his humps and back before getting to its feet and walking around in front of 20,000 spectators.

Hussain said PETA was wrong and that his camel had enjoyed the event.

He said: “The camels are taken care of by a team of 20 people. You have to be with the camel all the time and sometimes even sleep in the same room as them just in case anything happens. I’m going back again next year.”

He added that the camels are well fed, eating the “equivalent of what three normal-sized cows do,” and go on hour-long walks daily.

But Elisa Allen, UK director of PETA, said the event was cruel: “If anyone wishes to enter a weightlifting contest, they should train and have a go at it, but leave the animals out of it. Camels are intelligent, sensitive individuals and treating them as living cranes for human amusement adds to the many types of abuse, including their eventual slaughter.”

Camel Protestors Get the Hump

0 comments on “Straw That Broke the Camel’s Back”