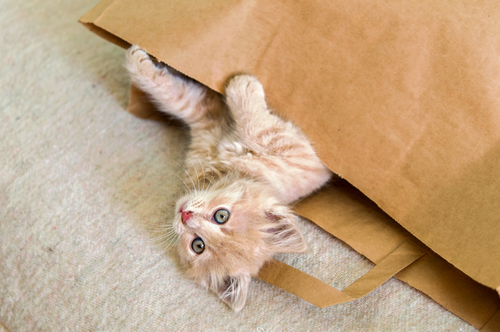 PETA has been widely mocked for saying phrases such as “bringing home the bacon” are cruel to animals and vegans. The animal rights group said other phrases including “flogging a dead horse,” “barking mad,” “killing two birds with one stone,” and “the cat is out of the bag” are offensive.

It said they are examples of “speciesist” phrases and wants them replaced with animal-friendly terms.

Some vegans are even objecting to “don’t put all your eggs in one basket,” because it’s unkind to eggs, they claim.

To “flog a dead horse” is transformed into “feed a fed horse.”

And instead of “taking the bull by the horns,” it suggests “taking the flower by the thorns.”

Thousands found the suggestions absurd and took to Twitter to say so.

One wrote: “That argument has some meat to it. Don’t wear out your shoe leather spreading the word and don’t try to milk it any further as you will probably end up butchering it.”

“This has to be a joke,” tweeted another.

Respected UK newspaper columnist Rod Liddle joked in The Sun: “I think we need to create a few new ones to annoy PETA even further. So….

“Too many voles in the blender spoil the smoothie.”

“You can’t stamp on a kestrel’s head then ask it for directions.”

“The fatter the cat, the longer it will burn.”

“You can nail a gerbil to a table, but you can’t make it sing.”

“Better to punch a llama in the mouth, than poke it in the eye.”

PETA went on to claim “phrases that trivialize cruelty to animals” would one day be seen in the same light as “racist, homophobic, or ableist language”.

A UK professor has also claimed vegans could kill off many famous sayings. Dr. Shareena Hamzah from Swansea University said the rising popularity of veganism would see “anti-animal” phrases used less. But Dr Hamzah said it was unlikely such phrases would be cut out altogether and could even become more powerful as a result of being used less.

0 comments on “The Cat is Out of the Bag—PETA is Flogging a Dead Horse!”