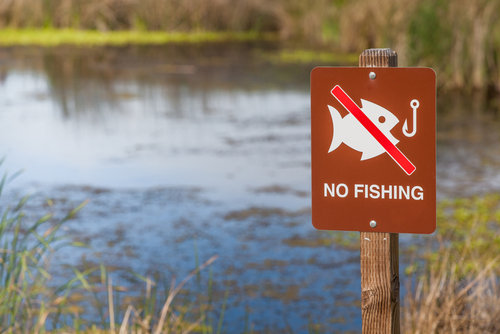 HARDLINE elements at a top UK animal rights charity want to outlaw angling and horseracing, it has emerged.

It is understood some radical officials inside the Royal Society for the Prevention of Cruelty to Animals are trying to pressure moderate colleagues into launching a campaign. They claim the sports are cruel to horses and fish and have no place in modern Britain.

The 195-year-old organization has fallen increasingly under the control of a group of radical animal rights campaigners, led by Jane Tredgett, its controversial vice chairman.

Tredgett and her allies have so far been defied by other RSCPA members who fear the extreme policy ideas will alienate the public and RSPCA donors.

But there is mounting concern that a planned overhaul of the charity’s governance will allow Tredgett and her allies to win approval for the controversial move and other campaigns.

Moderate senior figures are also concerned about the reaction of the Queen, who is the patron of the charity, and is an enthusiastic racehorse owner and breeder.

Tredget has spent the past two decades volunteering for animal charities, including her local pet rescue.

Her current allies on the RSPCA council include Bob Baylis, a devoted supporter of Labour leader Jeremy Corbyn who has allegedly offended colleagues with criticism of the Queen.

According to his RSPCA biography, Baylis began his career as an organic smallholder in Norfolk, supplying goats’ milk and other produce to health food stores in the area. His commitment to animal rights dates back to the early Eighties, when he was a director of Animal Aid and BUAV.

An RSPCA spokesman denied any plans to call for an angling and horse racing ban.

He said: “Regular discussions do take place on all topics regarding animal welfare. The RSPCA has no plans to campaign for a ban on angling or horse racing. We work constructively with the relevant bodies in these sectors to improve animal welfare standards.”

But it is thought policy could change after the charity’s next annual meeting when members are due to vote on reducing the ruling council from 25 trustees to 12.

The change would drastically curb the influence of the organization’s network of regional branches, which tend to oppose attempts to mount controversial political campaigns.

It is not the first time the RSPCA has found itself making headlines.

In 2016, members of the UK parliament called for it to stripped of the power to bring prosecutions for animal cruelty, after finding the charity had been “over-zealous” in their targeting of pet owners.

More recently, the charity received a warning from UK charity regulators after paying its former Chief Executive a six-figure settlement after claims of age discrimination.

RSPCA in the Doghouse

0 comments on “RSPCA Hardliners Want to Ban Angling and Horseracing”