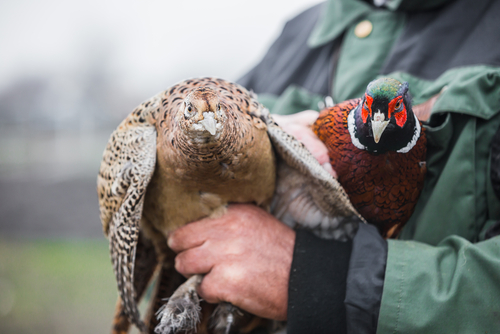 ANIMAL extremists freed 9,000 pheasants during a raid on a game farm.

The Animal Liberation Front claimed responsibility for the criminal act and said its aim was to put the farm out of business.

Wildlife experts said many of the birds would die because they would not be able to adapt to life in the wild.

The notorious group, which condones criminal acts in pursuit of its aims,  attacked Heath Hatcheries in Mildenhall, Suffolk, UK.

An ALF spokesman said: “Shoots put in orders to game farms well in advance each year before the shooting season begins. With game farms being targeted across the country many shoots may well go out of business this year. We will continue to dismantle the shooting industry farm by farm, shoot by shoot, until the end.”

The targeting of sporting estates is a new tactic by activists.

About 5,000 pheasants were also been released in two night raids in Cornwall and Wiltshire.

“By releasing birds without making provision for them to adapt to the wild many of them will die as a result of these thoughtless and ignorant acts.

“Rural businesses and livelihoods have enough challenges to contend with without having to deal with intimidation and potential attacks from extremists. Game farmers should not have to live in fear so we advise farmers to increase their security.

“These attacks must be investigated and the perpetrators brought to justice. This is nothing but mindless vandalism and cruelty dressed up as a political statement.”

A spokesman for the National Farmers’ Union said: “People are quite entitled to their views about game shooting, but this absolutely does not excuse criminal damage and vandalism.”