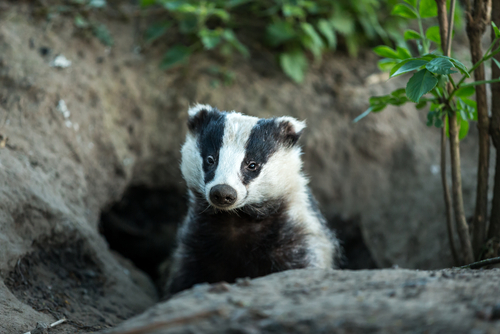 A badger called Bertie thought to be the oldest in Britain has been rescued from a roadside in the UK.

Bertie, who was severely malnourished and suffering from cataracts when he was found is thought to be 20 years old—the equivalent of 140 in human years.

He was found by Chris Tucker of Bexhill and Hastings Wildlife Rescue.

Chris and his colleagues nursed Bertie back to health over several weeks.

Chris said: “When Bertie was found he was a skeleton he could barely stand. He has been living in my kitchen since the beginning of March where I have been feeding him eggs, chicken, peanuts, raisins and honey. It’s been a lot of work but it’s been worth it.”

Bertie will retire to a wildlife center in Whitby, North Yorkshire, UK.

Dominic Dyer, of the Badger Trust, said, “It’s lovely he’s getting to spend his old age in this wildlife center.”

But Chris says that even though he knows it’s the best thing for Bertie, he’ll miss him when he moves to his new home.

“He’s such a character,” he added. “In the evenings he sits with me and the cat in front of the fire.”

0 comments on “Bertie the Badger Saved”