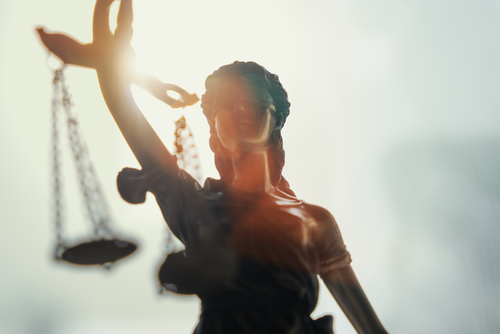 AN environmental and animal rights campaigner who was deceived by a police spy into a sexual relationship has lost an attempt to have him prosecuted.

The campaigner, known as Monica because she was granted anonymity, said the ruling by two high court judges was “appalling and hard to hear.”

She had challenged a decision by the Crown Prosecution Service in the UK not to prosecute the undercover officer, Jim Boyling, for the offences of rape, indecent assault, procurement of sexual intercourse, and misconduct in public office.

She had a six-month relationship with Boyling while he was using a fake identity to infiltrate environmental and animal rights groups thought to be plotting campaigns which could lead to civil unrest. He did not disclose his real identity to her during the relationship.

She said she would never have consented to having a sexual relationship with Boyling if she had known his real identity.

The lord chief justice, Lord Burnett, and Mr. Justice Jay dismissed her legal challenge, ruling that prosecutors had acted correctly when they had decided not to prosecute Boyling.

They said Monica’s lawyers had argued for a new understanding of the concept of consent in rape and sexual offences, but they ruled: “it would be wrong for such a fundamental change in the understanding of consent to be brought about by judges rather than the legislature.”

Monica said: “This decision was hard to hear. “Employing well-paid state actors to infiltrate the lives, hearts and beds of women activists working toward positive social change, is as much an abuse of state power as it is of individual human rights.

“It is appalling, yet telling, that the high court judges feel unable to acknowledge this.”

Undercover officers who infiltrated political groups often had intimate relationships with women without disclosing their real identities. The CPS has prosecuted none of them.

The legal challenge by Monica was the first to try to overturn the CPS’s stance.

Police chiefs have claimed the undercover officers were not permitted under any circumstances to have sexual relations with the people they were spying on.

Monica had been part of the Reclaim the Streets environmental group when she met Boyling in 1997. She started a relationship with him, believing that he shared her political views.

He did not inform her that he was a member of an undercover police unit, the Special Demonstration, that used fake identities to gather information about political activists during long-term deployments.

She did not discover the truth until 2011 when Boyling’s identity was revealed. Boyling deceived three women into intimate relationships while he was undercover. In May, he was dismissed from the police for gross misconduct.

At least 12 women have received compensation from the police after discovering they had been deceived into intimate relationships with undercover officers.

The Metropolitan police have admitted the relationships were “abusive, deceitful, manipulative and wrong.”