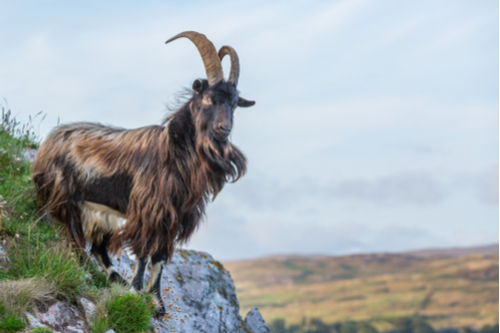 A female hunter who caused fury after posting pictures of a  shooting trip to Scotland has received death threats.

Larysa Switlyk, 33, revealed she had been targeted following a media storm over her trip to shoot goats and sheep.

The TV presenter said she was cutting her social media presence in the wake of the threats.

She said: “I’m headed out on a bush plane for my next hunting adventure and will be out of service for two weeks. … Hopefully that will give enough time for all the ignorant people out there sending me death threats to get educated on hunting and conservation.”

Switlyk, a professional huntress found herself at the center of a furore after she posted photographs with her Scottish trophies, including a goat she said was killed with a “200 yard shot” during a “fun hunt” on the Hebridean island of Islay.

More than 12,000 people commented on Switlyk’s hunting images where she described her kill as “beautiful.”

In response, the Scottish government has promised to review animal culling laws.

The British Association for Shooting and Conservation (BASC) has also condemned her behavior, which does not fall in line with its social media policy for hunters. BASC’s policy advises hunters to “consider whether it is appropriate to feature dead animals / birds / blood.”

Garry Doolan, BASC’s deputy director of communications and public affairs, said: “By choosing to use social media to tell the word about her exploits hunting goats and other animals on the small Scottish island of Islay, she has found herself thrust onto the news pages of … a host of other papers and websites. And it doesn’t make pleasant reading.

“All our hard work and good intentions can be undone in an instant on social media. It has the power to educate and inform. It also has the power to alienate vast swathes of the population, the very people we need to get onside – and keep onside – if shooting is to survive the challenges ahead.”