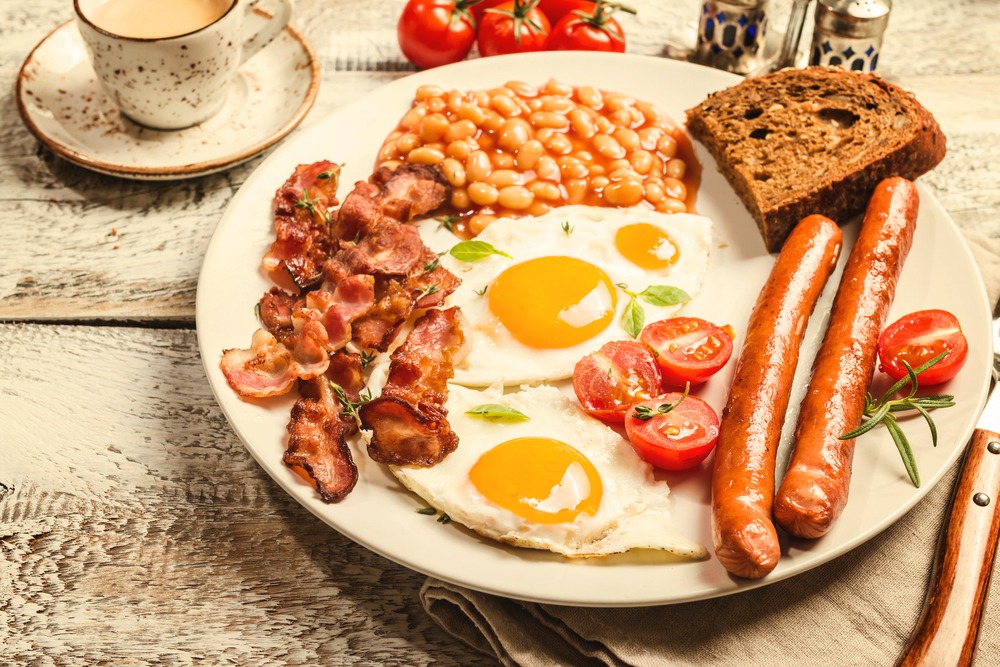 Vegans were left stewing in their own juices when cops posted mouth-watering snaps of sausage, bacon and eggs online.

The tasty platefuls triggered a vegan meltdown with some suggesting the police had committed some sort of food crime.

Many couldn’t get on line quick enough to say members of the North Wales Rural Crime had over-cooked their brief.

But the unit – which posted the pictures on Twitter – said it wanted to support local farmers after The National Farmers’ Union launched a farmhouse breakfast campaign.

So they posted some delicious looking sausages, bacon and eggs on their Twitter page.

But a woman called Diana hit out.

She wrote: “Speaking as a taxpayer I’d prefer them to be less selective when answering questions and perhaps not post breakfast pics that offend vegetarian/vegan followers – pretty thoughtless considering the job title they have.”

“The vegans are ruling the roost.

“They are nothing more than a menace.

“We as carnivores or vegetarians don’t dictate about their preferred diet so it’s time they stopped trolling and whingeing about everyones daily diets.”

Rural Crime Team leader Rob Taylor said they had decided not to respond to questions on Twitter but said it wasn’t due to criticism from vegans over ‘offensive’ breakfast photos of bacon, sausages and eggs.

He said: “We regularly get 1m impressions each month and in August alone we had 1.9m impressions.

“We just can’t answer all inquiries any more as it’s a huge commitment.”