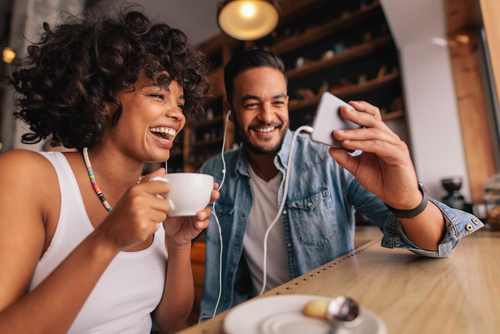 VETS have warned a surge in funny and cute pet videos could be causing the animals distress. They watched a sample of viral pet videos and found that many featured stressed cats, dogs and rabbits.

Vets said many online videos showing pets behaving naturally are fine but problems start when pets are asked to perform tricks or stunts.

There are thousands of clips online of cats being made to jump high in the air by surprising them with cucumbers—which they are frightened of—and dogs appearing to smile while they are actually in distress.

Dr Huw Stacey, vet and director of clinical services at Vets4Pets in the UK said: “As vets we recognize that many of the popular videos online today actually involve pets displaying signs of distress or anxiety. This could add up to hundreds of thousands of pets being stressed unnecessarily.”

“Most owners can spot when their pet is very angry or scared, whether it’s their dog growling or cat hiding away, but there are many other instances where a pets’ behaviors are more subtle and can be easily misinterpreted. Cats especially are often misunderstood.”

“We watched 100 random popular cat videos online, and aggression was seen in 15 per cent, while signs of distress such as flat ears and brushed tails, were seen in around one in ten videos.

“Cats aren’t trained to do tricks and play the same way that dogs are, so many of the videos found online depict a cat’s over the top reaction to a situation that has scared them.

“An example is the craze of owners surprising their cats with cucumbers while they are eating, which often leads to the cats leaping high into the air.

“Cucumbers, or any other object placed behind a cat, will trigger this natural startle reflex, and if it is put where the cat is eating this can be especially severe, as cats associate these areas with safety.

“It can be perceived by the cat as a threat, like a snake, so will inevitably scare them into reacting.”

The cats and cucumber video craze has proved popular on YouTube, with the top compilation watched more than 36 million times in one year.

However, grinning, or smiling dog videos do not necessarily reflect the animal’s mood.

He added: “The dogs are actually displaying submissive behaviour, known as appeasement.

“Dogs exhibit appeasement behaviours to calm a situation down and make them appear non-threatening, and is usually in response to feeling uncomfortable or anxious.”

0 comments on “Cute Animal Videos Could be Cruel, Vets Say”