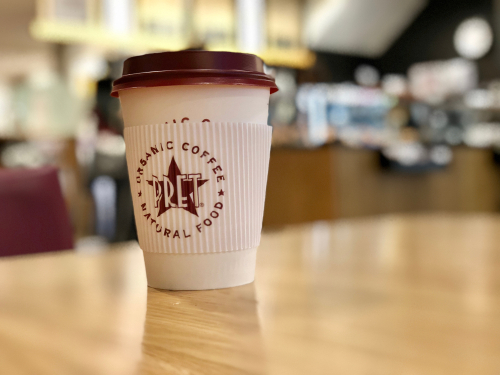 FAST food outlet Pret A Manger has bought rival Eat which it plans to convert into “Veggie Prets.”

The move is in response to growing consumer demand for vegetarian and vegan options on the high street, the company said.

Pret opened its first vegetarian store as a pop-up in September 2016 but made it permanent after it proved its popularity.

Despite that success, just four of Pret’s 400 UK stores are vegan.

Clive Schlee, chief executive of Pret, said: “We have been developing the Veggie Pret concept for over two years and we now have four hugely successful shops across London and Manchester. The acquisition of the Eat estate is a wonderful opportunity to turbocharge the development of Veggie Pret and put significant resources behind it.”

Food businesses have increasingly sought to capitalize on the rise of plant-based diets.

Pret’s competitor Greggs has had success with widespread coverage of its vegan sausage roll.

Pret will be hoping to profit from that trend while turning around the fortunes of Eat, which lost £17.3m in its last financial year.