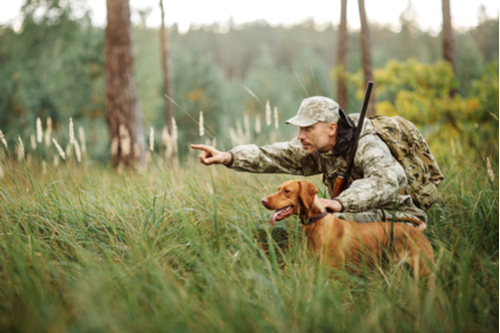 HUNTING rule changes in the UK have helped activists target hunters and farmers, it has been claimed.

The UK’s National Trust has begun publishing dates and locations of meetings and hunt saboteurs are using the information to plan attacks.

The number of hunts seeking licenses to use National Trust land across England and Wales has fallen by more than half because hunts now fear attack, it is claimed.

While hunting live foxes has been illegal in the UK since 2005, trail hunting—where hounds follow the scent of an animal—is legal.

But they are regularly targeted by activists who claim trail hunting is a cover and that live animals are still being hunted and killed.

Hardest hit by the National Trust changes have been the traditional Fell Packs in the Lake District—made famous by children’s author and conservationist Beatrix Potter.

The six Lake District fell packs who use land farmed by National Trust tenants have accused it of destroying a tradition dating back generations.

Beatrix Potter was a key benefactor of the trust. When she died in 1943, she left the charity 4,000 acres of the Lake District as well as 14 farms.

Neil Salisbury, secretary of the Central Committee of Fell Packs, which follow the dogs on foot rather than horseback, said: “Beatrix Potter would feel betrayed. She walked hounds for the Coniston, she subscribed to the hunt and we have pictures of her out with the hounds. She did not hold with hare hunting or stag hunting but she was adamant that fox hunting must continue because she was so instrumental in preserving the Herdwick sheep breed and she knew the damage that foxes did to lambs.”

Mr Salisbury said the fell packs had been working successfully with the National Trust since hunting wild animals with dogs was outlawed in 2005 but the new rule on publicizing hunt dates was introduced without consultation.

“The trust has been taken over by liberals,” he said.

“It is the thin edge of the wedge of the attack on our way of life. Hunting has been part of the cultural life of the Lake District for hundreds of years. It is the passion of the dalesmen.

“We have just been given world heritage site status. One of the criteria is that the social and cultural heritage of farming must be protected and they are just driving a coach and horses through it at the moment.”

Mr Salisbury said publishing the dates of the meetings left tenant farmers and their families at the risk of attack.

He added: “We have busloads of masked thugs coming up here, going into farmyards. They are going into small villages and it is intimidation and harassment.”

Before the trust began changing the rules in 2017 it issued licenses to 67 hunts. It is believed that less than 25 applied in 2018.

Tim Bonner, chief executive of the Countryside Alliance, said: “There is very significant concern across the hunting community. It is quite clear that the trust, which has five million members, has succumbed to the pressure of a few hundred fanatics. The anti-hunt movement has identified the National Trust as a soft target.”

Martin Sims, the director of investigations at the League Against Cruel Sports, said: “We condemn violence and abuse on either side, but I feel the hunts are trying to distract people.

“If they weren’t hunting illegally, then nobody would care about what they were doing. By publishing details of when they are hunting, there is a chance that people might see what they are up to. The fact is, hunts are using trail hunting as an excuse to chase and kill animals.”

A National Trust spokesman said: “We license trail hunting under certain conditions designed to allow participants to take part in this activity where they are compatible with our conservation aims.

“We are expecting to license a broadly similar number of trail hunts to last year across England and Wales, which suggests that hunting groups are happy with the current framework.

“We actively encourage an open dialogue with all hunts who have concerns over the licensing framework and have offered to meet those who voiced their opposition to working within the guidelines.”

0 comments on “Hunters Become the Hunted”