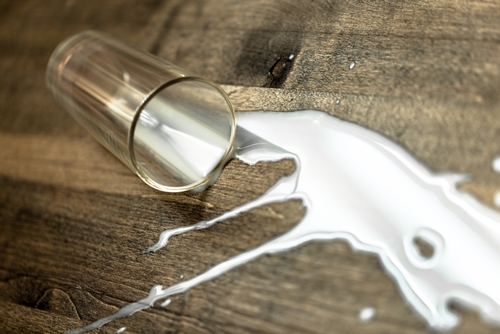 VEGANS have claimed the office tea in the UK “discriminates” against them because it means they have to pour milk.

They say they should now be exempt from the tea run so that their vegan beliefs are properly respected. And lawyer and vegan activist Alex Monaco is now offering free legal advice to vegans to want to opt out of the tea run.

It comes as vegan campaigners are demanding their rights are recognized under the Equality Act of 2010, which outlaws discrimination on the grounds of “religion or belief.”

They claim veganism is the same as a religious belief and therefore vegans should have the same rights under the Act.

Monaco, from law firm Monaco Solicitors, said he wants to see the law changed so that the Act includes vegans.

He said: “If you were Jewish or Muslim and told to get a round of bacon sandwiches in, no one would bat an eyelid if you refused. But if you’re vegan and refused to buy a pint of milk to make tea because you believe the dairy industry is torturing cows, then you would be laughed out of the kitchen. Employers should have a duty to ensure vegans are protected at work and are offered options.”

But one social media user posted: “I don’t eat diary for medical reasons, so have an actual genuine reason for avoiding milk. But it didn’t ever stop me making tea at work when it was my turn.”

Another added: “How much ‘handling’ is involved pouring milk from a container? I wouldn’t want to drink tea that had milk that had been on someone’s hands anyway, however self-consciously right-on vegan they are!”

Monaco is offering free legal consultations to any vegans who think they might have been the victims of discrimination at work.