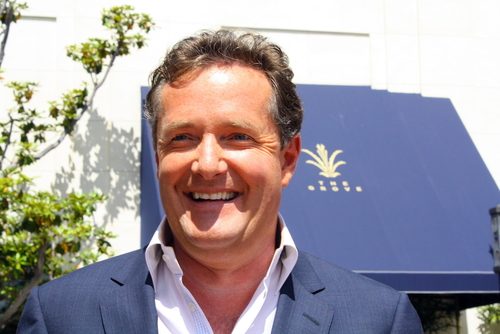 PETA executive Elisa Allen was accused of “hypocrisy” by Piers Morgan during a live appearance on British breakfast television.

He pressed her repeatedly as to why PETA condemned meat eaters so aggressively, after she conceded that she herself drank almond milk, which is widely acknowledged to have a huge impact on bees. Morgan accused Allen of “hypocrisy” for continuing to drink almond milk, which many argue shouldn’t be classed as a vegan food, because of the exploitation of bees required to produce it.

In a heated exchange, Morgan said: “You are eating stuff that is made by exterminating millions of insects. Do you drink almond milk? You know that literally billions of bees get killed to make almond milk?”

A clearly flustered Ms Allen replied: “What I also know is billions of animals are getting slaughtered for their flesh. I care about all animals.”

But Morgan was unwilling to let her off the hook, and persisted: “Care about the bees or not? You work for PETA, so do you care about them or not? Why would you encourage the slaughter of billions of bees? It’s hypocritical.”

There was a heated social media reaction to seeing PETA put in their place.

Another wondered: “Does the PETA vegan not eat meat because of animal cruelty? If so, will she campaign against PETA’s policy of euthanizing unwanted pets?”