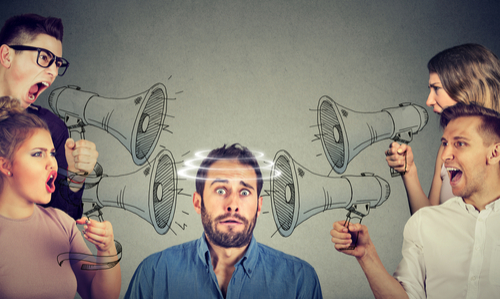 POLICE have warned the public not to believe every negative social media messages about foxhunting. Officers in the UK claim online statements and videos frequently do not tell the full story.

Cheshire Police took the unusual step of issuing a statement about how the propaganda war waged by anti- hunt activists is often “based on inaccurate information.”

The move comes after Cheshire Hunt Saboteurs (CHS) posted edited video footage online of a huntsman apparently whipping a protester during a hunt.

But after detectives saw the entire clip and wider context they decided to not pursue any prosecutions.

The edited clip shows a man dressed in fox hunting attire riding a horse and apparently striking a protester.

Alongside the clip, CHS issued a statement on Facebook saying it had “saved” a fox from hounds, claiming the huntsman “couldn’t contain his anger and violently attacked our saboteur with his horse and whip.”

They added: “This is the reality of what we have to deal with when we spoil the bloodlust.”

The footage, taken at Ollerton near Knutsford, Cheshire, UK, sparked outrage after it was shared widely online.

Police received allegations of assaults from both hunt saboteurs and the Cheshire Forest Hunt.

All witnesses were interviewed before the case was reviewed by a senior officer. Detectives decided to take no further action in relation to all the allegations made.

After the probe a Cheshire Police statement read: “We recognize that much discussion, comment and posting of digital material around hunting takes place on social media. Many comments are based on inaccurate information that do not reflect a balanced view of the matters discussed. Frequently, video footage does not reflect the full scenario.”

The Countryside Alliance said legal hunts are “regularly plagued with balaclava clad animal rights activists who intimidate and harass” hunt supporters “to provoke a response they can broadcast on social media.”

He said: “Their tactic of spreading highly edited footage works well online but can result in hundreds of hours of wasted police time.”

The issue surrounding social media was raised by a Scottish terrier-man, Adam Galpin, who claims edited footage has been used by hunt saboteurs to claim his hunt’s hounds killed a fox illegally.

He said: “The importance of this is to show that week in, week out folk are duped by hunt saboteurs pushing their agenda and basically making out that myself and my colleagues are breaking a law that the antis think needs to be tightened up, and quite frankly this is not what is happening out in the field.”