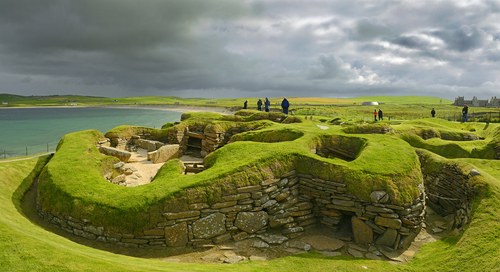 ANIMAL welfare officials are being investigated over allegations they have used illegal traps to catch stoats. Police in Scotland were called in following allegations the Scottish branch of the Royal Society for the Protection of Birds (RSPB) set inhumane animal traps on the island of Orkney.

The Scottish Gamekeepers Association (SGA) alerted Police Scotland after finding evidence that the traps could be too small. The SGA claim that the RSPB, which has denied the allegation, could be leaving the trapped stoats in distress.

Stoats are only thought to have arrived on Orkney as recently as 2010, and pose a threat to various local species, including the Orkney vole, which is unique to the remote island.

The trapping of Orkney stoats is part of a £7million taxpayer-funded cull that aims to eradicate all non-native stoats from the island.

Alex Hogg, Chairman of the SGA, said: “If an SGA member was to set a non-conforming trap, they could have their guns taken away and their job and home threatened by court action, not to mention the public and political outcry. The traps were brought to our attention because a land manager having a break with his family was intrigued by the way they had been set.

“It was after looking at the images that one of our members… noticed the trap] being used by RSPB raised questions about the legal dimensions. We had this checked out and felt it was best to alert the police so the traps may be removed and investigated further.”

A spokesman for RSPB Scotland said: “The traps are legal. “They are fully compliant with all relevant legislation.”