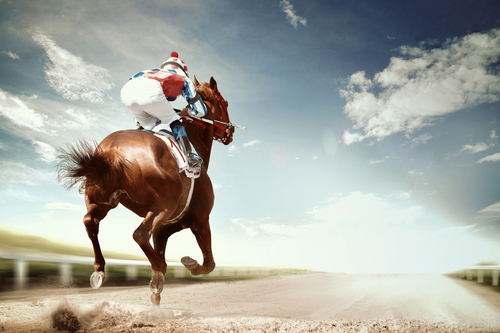 A top horse racing trainer has accused animal rights activists of spreading “lies and misinformation” about horse racing. UK trainer Oliver Sherwood hit out at images published on social media after 2019 Grand National horse named Up for Review was fatally injured at the first fence.

In a Facebook post, the trainer based in Lambourn, Berkshire, said the “internet is awash” with pictures of horses supposedly injured in the race.

He said: “Sadly social media is the perfect platform to peddle lies and misinformation by unscrupulous animal rights groups. They added gory details of how the horses were ‘shot to death’ or were ‘writhing in agony’. Racing is very open and honest about the injuries and fatalities but unfortunately these animal rights groups are the complete opposite, they use Photoshopped images of racing incidents often taken in other countries, yet it is widely recognised that we in the UK have some of the best animal welfare in the world.”

He encouraged people who wanted to know more about how racing yards really operate to attend the annual Lambourn open day or one of the morning gallop sessions run by his and other yards.

He also said activists used out of date images for their shock value and pointed out that contrary to the wild claims of extremists horses are never shot.

He added: “The images are generally years old and are specifically designed to shock people who don’t know anything about racing. Racehorses are not shot, they are euthanised in exactly the same way you put a cat or dog to sleep, with an injection.

“If a horse falls during a race a vet will be with it immediately, that is why there are an army of cars following them around, the vets will instantly administer pain relief and then assess the situation. It’s terrifying how easily people believe what they read and hear.”