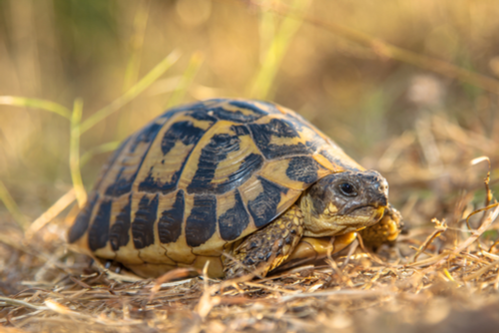 A tortoise kidnapped from a farm was mysteriously returned after police released CCTV footage of the theft.

Fergie the two-year-old Hermann tortoise was nabbed from its enclosure at the Blackberry Farm Park in Whitesmith, East Sussex, UK.

The educational farm, which is popular with schools, captured images of the culprits on CCTV and went straight to police.

Film appeared to show a man and woman pocketing the creature and leaving the farm.

When the images went public Fergie was returned by a woman who was then escorted from the farm.

The Sprinter and the Turtle