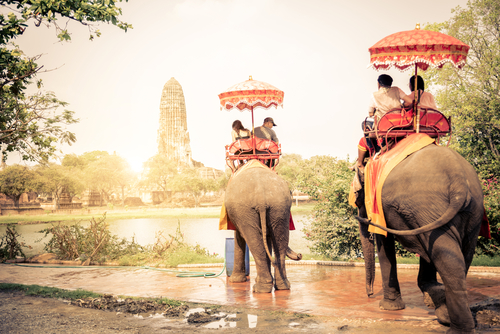 BOSSES of a TV drama hit back at activists after being accused of animal cruelty by letting people ride elephants.

The period drama Beecham House in the UK came under fire for using captive elephants during filming of the show set in India in the nineteenth century.

Activists criticized broadcaster ITV for legitimizing animal cruelty, claiming the beasts are not designed to carry weight on their backs.

But an ITV spokesman said: “The production team adhered to a stringent animal welfare protocol. Vet reports were sought in advance, with on-going vet and monitoring of the animals throughout the shoot.”

Save the Asian Elephant chief executive Duncan McNair said: “Whilst Beecham House is set in a bygone era, we condemn the riding of elephants. Elephants are wild animals and receive humans on their backs only by ruthless beatings and torture.”

0 comments on “TV Execs Hit Back at Elephant Claims”