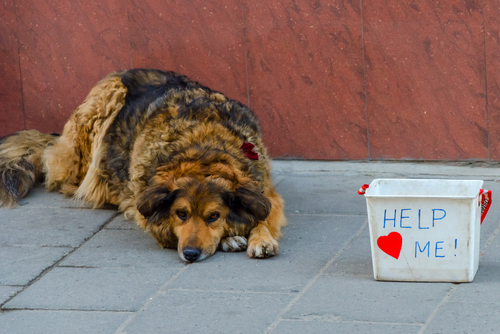 A small animal welfare charity has been targeted by vegans for selling meat dishes in its cafe.

Vegan activists have attempted to force the cafe at the Raystede Center for Animal Welfare, in Lewes, East Sussex, UK, to stop selling meat and animal products.

They inundated a local newspaper with letters and emails demanding the cafe only sell plant-based meals.

The cafe has been operating for 67 years, rehomes more than 1,000 animals a year, and is a much-loved local institution.

Activists incorrectly claimed that the founder of the charity Mabel Raymonde-Hawkins was vegan and that by serving meat in its cafe it is betraying her wishes.

But the Raystede Centre refused to back down and issued a defiant statement saying the vegans had got their facts wrong and that their founder ate fish and dairy.

A spokesman for the cafe said: “We are aware of a small but ongoing campaign directed at our staff and trustees by instigators who – despite never having had the privilege of meeting our founder – take the position that she was an active vegan.

“Our President, who knew Ms. Raymonde-Hawkins for more than 20 years, fondly remembers meals out with her, where she would regularly eat trout, salmon and a range of dairy-based meals whilst she secured funding and legacies from a wide range of supporters. We are proud to continue Ms Raymonde-Hawkins’ pioneering work today.”

Nigel Mason, the Chief Executive of the charity, added: “We are an animal welfare charity, not an animal rights charity.”

A post on the Make Raystede Vegan blog had demanded its readers write to the local newspaper, the Sussex Express to “voice your support for this protest and your shock at Raystede’s rude disregard for people’s legitimate concerns.”